Like many Mk1 Capri owners, Gary from Essex isn't satisfied to just own one car, he has a fleet of them!

In 1996 he purchased this rare Crayford convertible from a guy in Loughton Essex.  The previous owner had stripped the car ready for a full restoration but decided the project was beyond him.  When Gary examined the vehicle closely he decided that it needed re-shelling but hasn't yet found the necessary enthusiasm to begin what will be a massive task.

The car's first owner was Link Homes in Brentwood and they were responsible for providing it with its unusual registration.  It was actually first registered on 1st January 1971.  Gary's not sure of the car's history from that point but did discover that it was spotted in a salvage yard in Ilford in the late eighties - on top of a Jaguar!

Gary travelled over to near the Lakeside shopping complex to buy this car back in November 1997.  It's a very early 1300GT model which was light orchid in colour when new but presently sports red paintwork.  Built in January 1969, it was actually first registered on 11th February 1969 - just under three weeks after "the car you always promised yourself" was announced to the UK public.

This car is Gary's favourite and he uses it daily - covering over 102,000 miles since purchase.

Gary travelled a little further a field to get this car.  A friend in the States alerted him to it for sale at a Gulf Service Station in New Jersey.  It was owned by an elderly lady who had it from new but was finding spare parts increasingly difficult to source.  After a flight to New York and several hours getting lost, Gary ended up the owner of yet another unusual Mk1.  This 2 litre pinto engined car has many US extras such as marker lights; headrests; buzzers; and an automatic C4 gearbox.  It also has air conditioning which was a dealer option fitted from new.

Perhaps the pride of Gary's fleet is his early 2000GT XLR finished in amber gold.  Registered in 1969 this was one of the first of its type off the production line and features the somewhat less than reliable UK 2000 V4 engine which started life in the Ford Corsair and eventually gained respect in the Ford Transit van.

For a long time it was thought that the aubergine 1300, featured on the club stand at the Ally Pally in March 2006 and belonging to Derek from Essex, was the oldest capri still running.  However, last year this car emerged to claim the crown.  Originally saluki bronze, its chassis plate indicated it was manufactured in November 1968 and it has a lower number than Derek's car.  The amazing thing is that Gary and Derek live just around the corner from each other!  Fitting too that Essex boasts the two oldest examples left - unless of course you know otherwise? 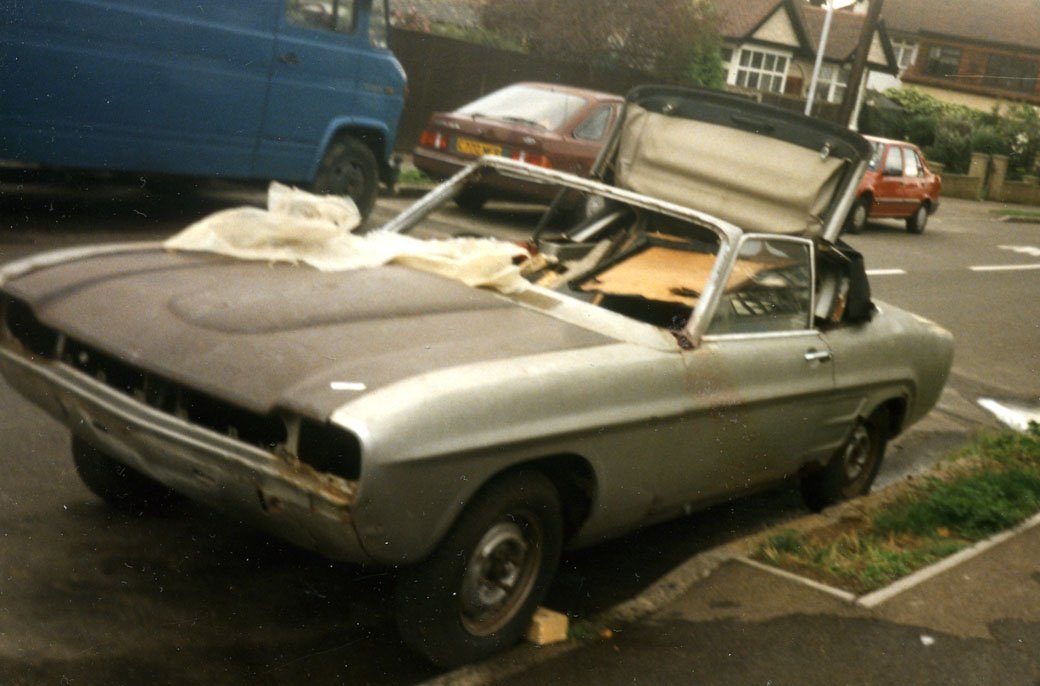 Registered as VCK62 this 1600GT Crayford has seen better days but who knows, maybe she'll get back on the road. 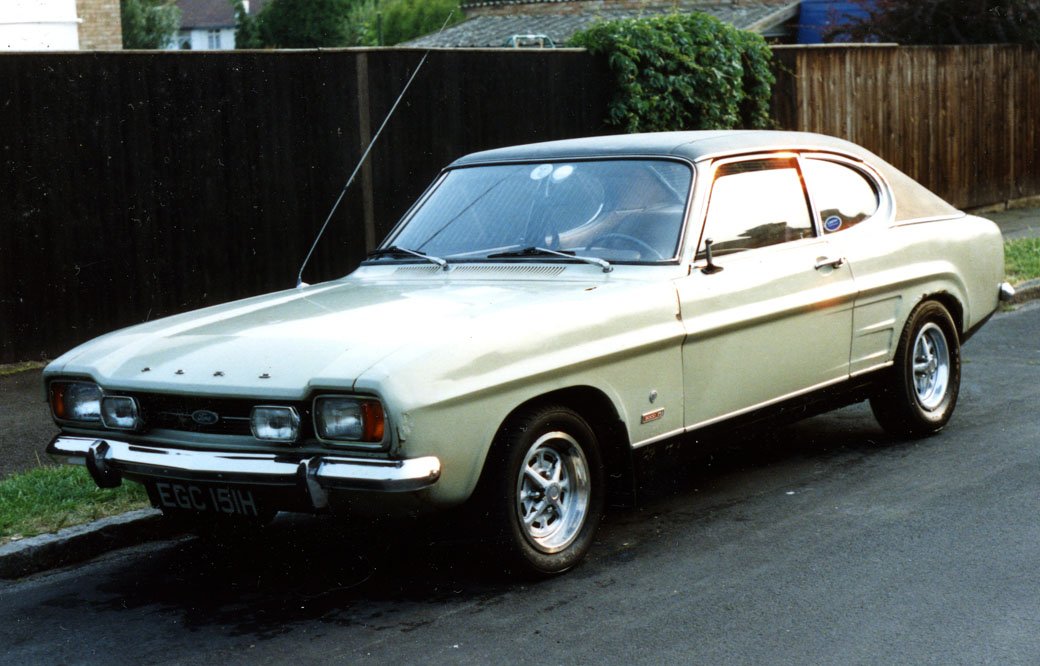 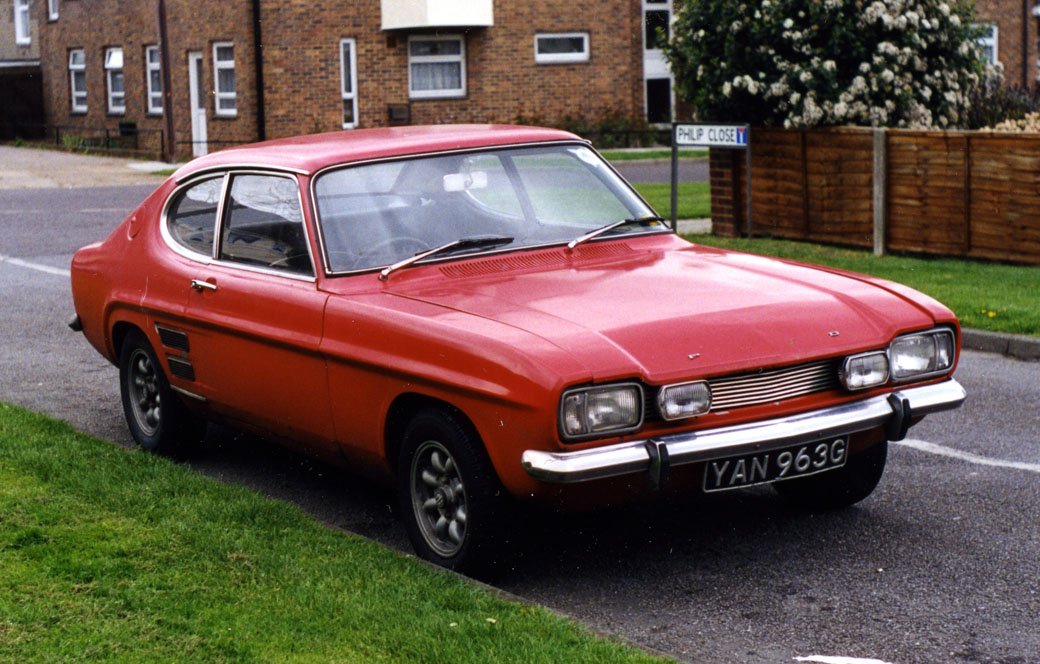 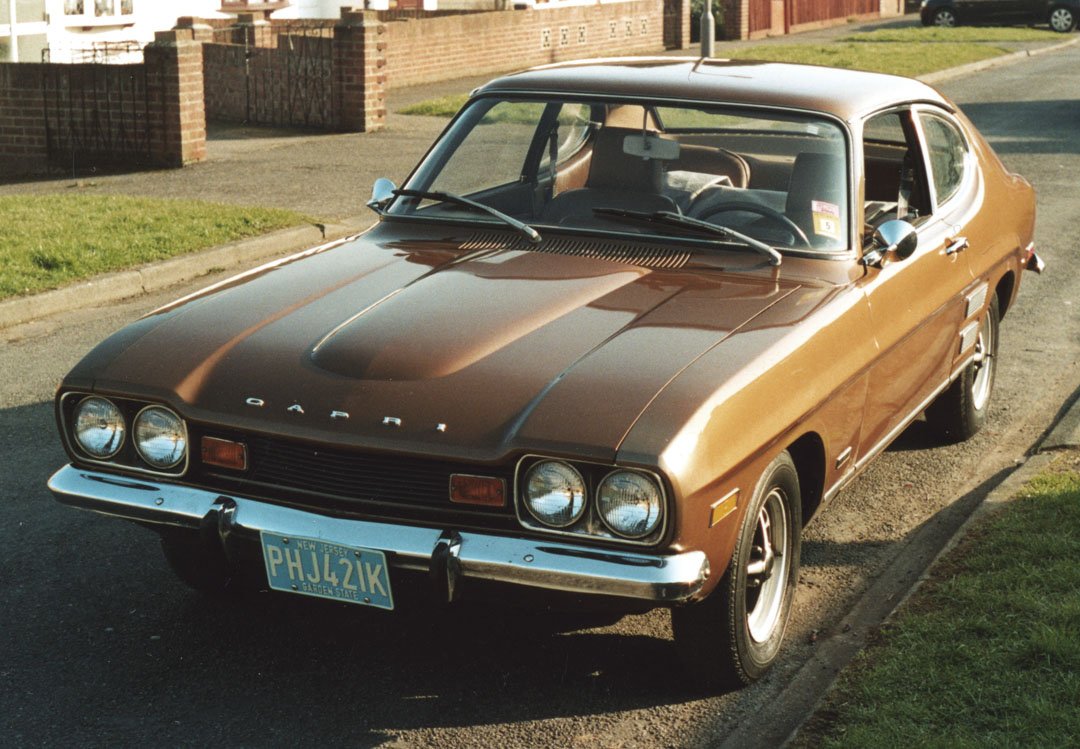 A US 2 litre pinto with aircon, all the way from New Jersey. 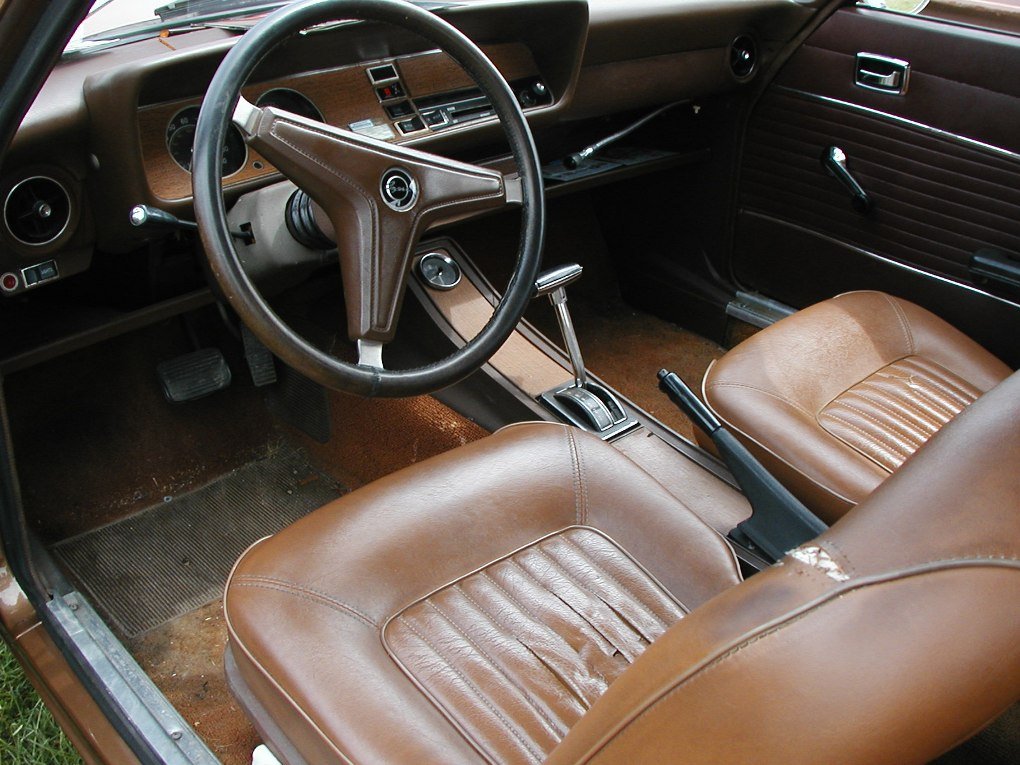 Interior of the US car 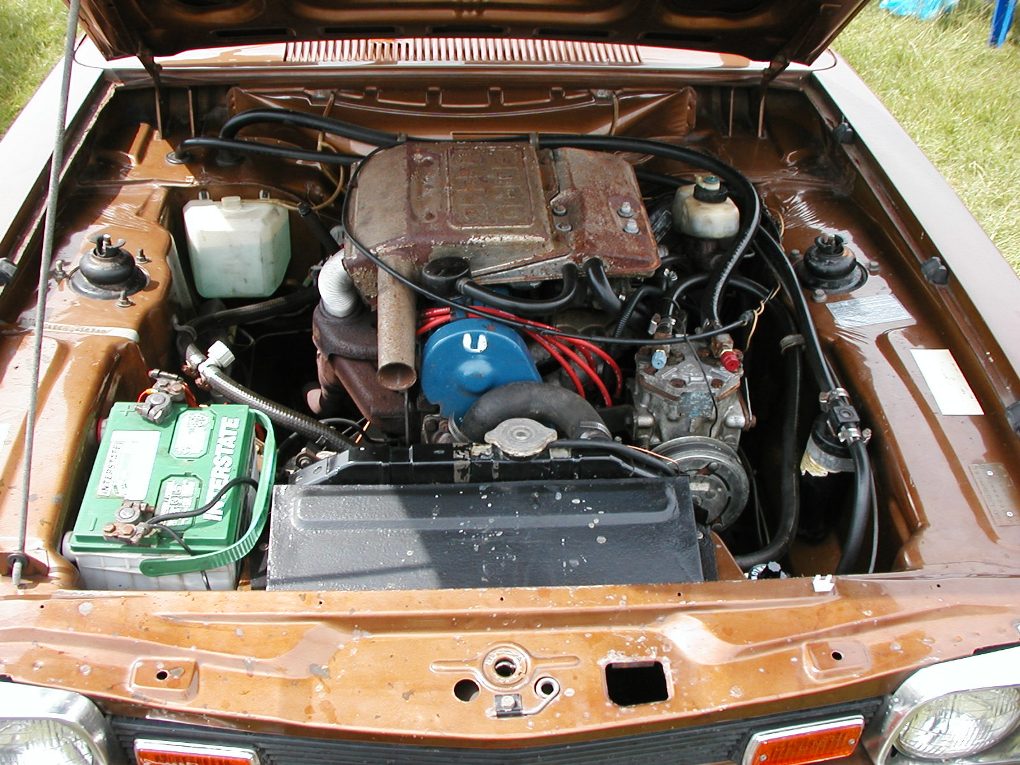 Under the bonnet of the US car. Note the aircon unit on the right 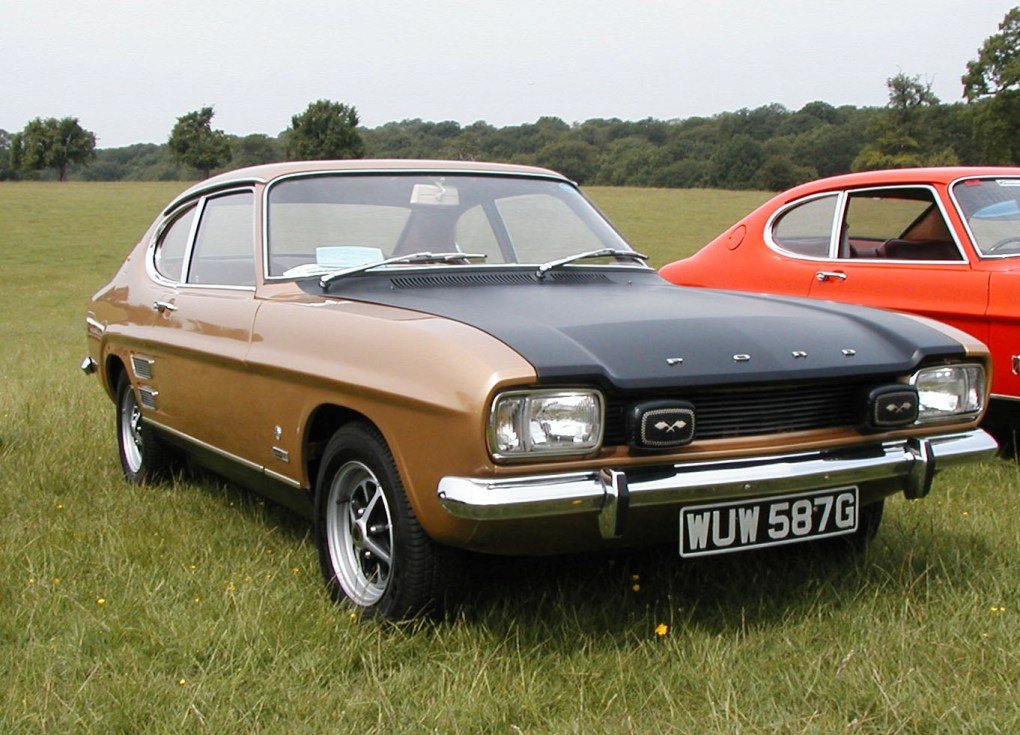 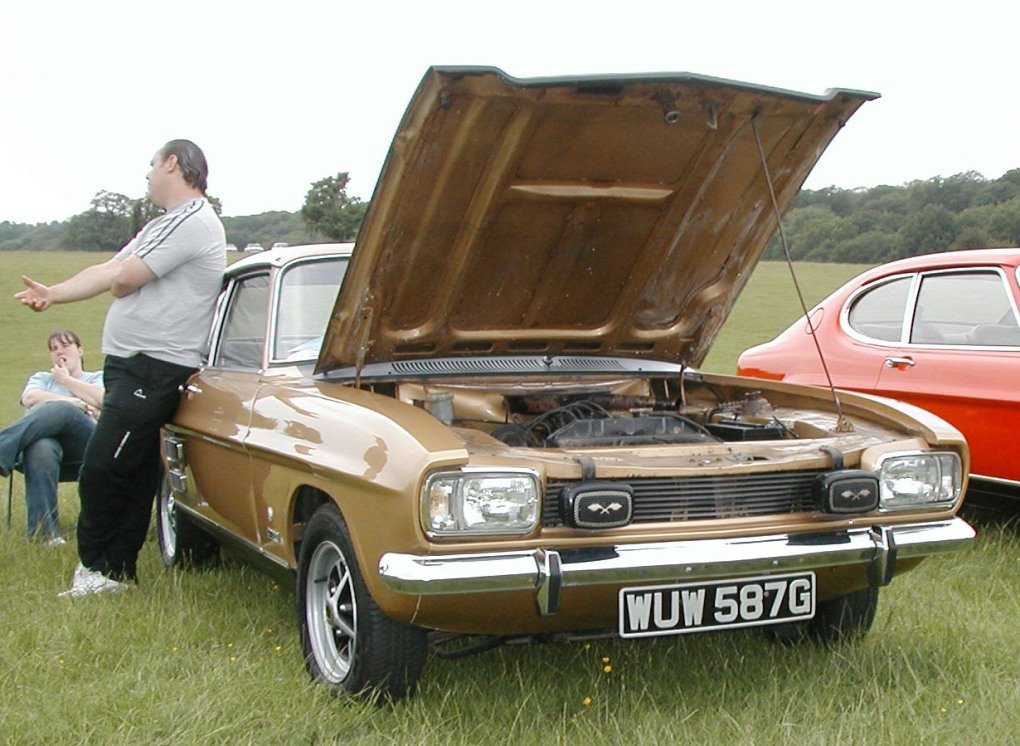 Gary with his V4 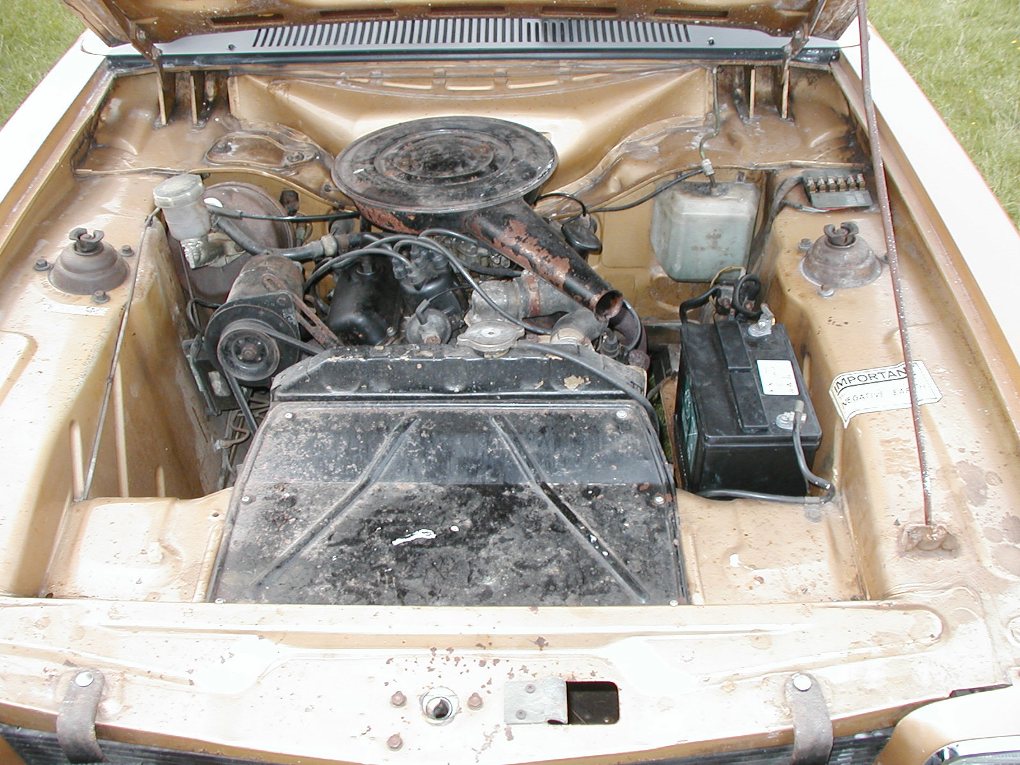 Under the bonnet of the amber gold V4 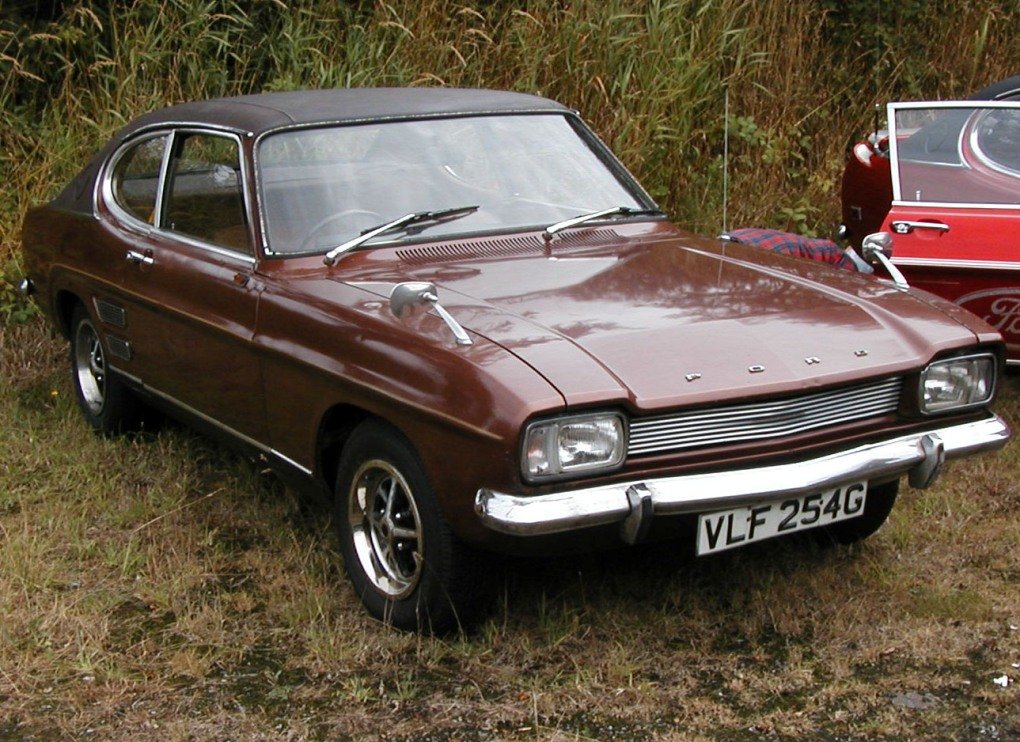 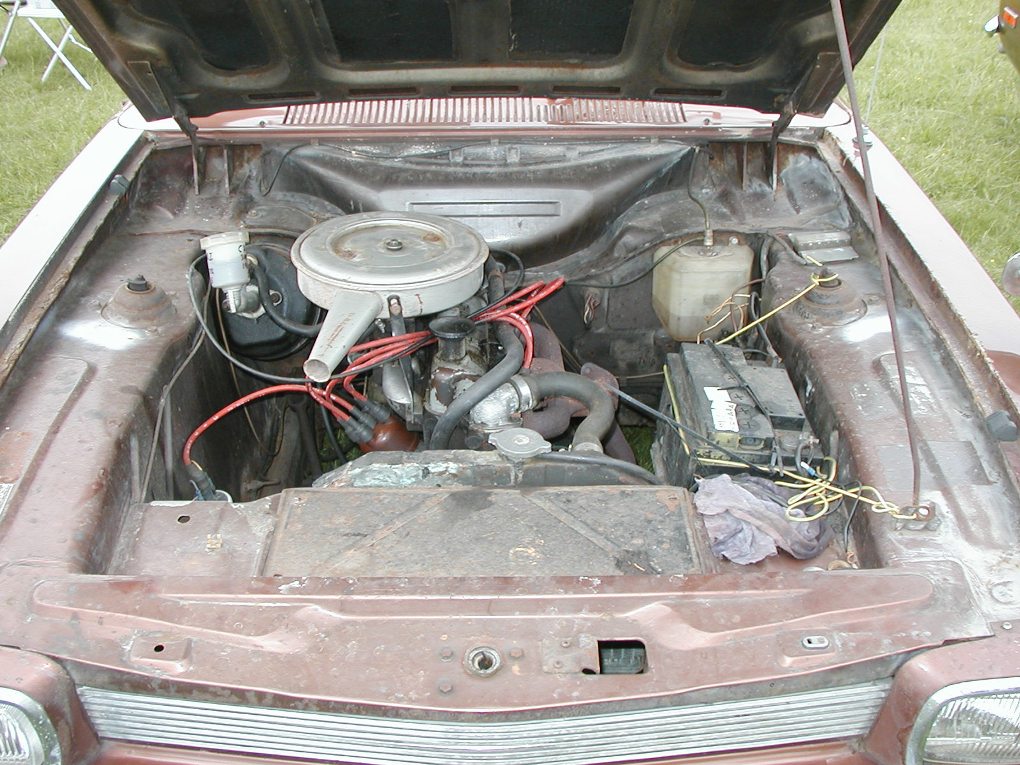 The cost of membership is just £18 per year for UK residents, which includes a quarterly full colour magazine.