The first owner, Peter Thomson and his wife Joan, kept the car for 33 years before selling it to a Mr Beasley in 2003, with only 23000 miles on the clock.

Mr Beasley kept the car for 4 years before selling it to a Mr Mulholland, who decided to restore the car.

New wings and sills were fitted together with a complete repaint underneath.  The restoration took approx. 3 years but the engine bay was not re-painted as it was rust free.

In 2011 the car was again sold to a Mr Shaw who, because of back problems, kept the car for little more than a year before selling it to the current owner.

He decided to strip the engine bay and have it painted together with a few external panels, where the paint had not taken correctly in the previous restoration.

All new brake pipes were fitted together with a new clutch.

The car is a rare colour which is called, simply, Ford Red or Red 65.  Since it was only used between 1965 and 1970 and as Capris only started production in 1969, not many were sprayed in this colour.  Later red pre-facelifts were finished in Sunset Red.

From research it would appear that the car started life as an automatic but as all the correct parts (even down to the badges) have been used to convert it to manual one can only presume the work was carried out early in its life. 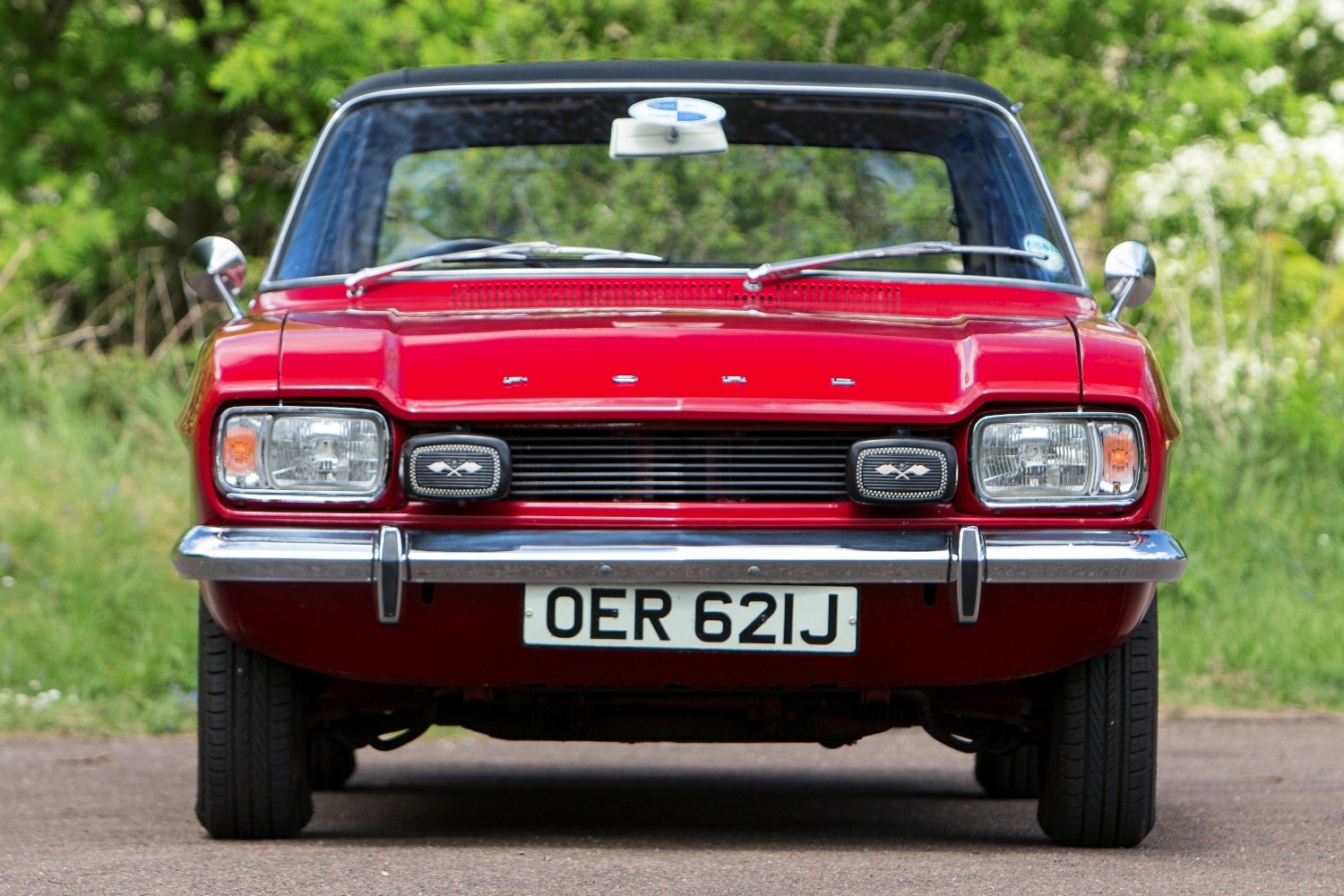 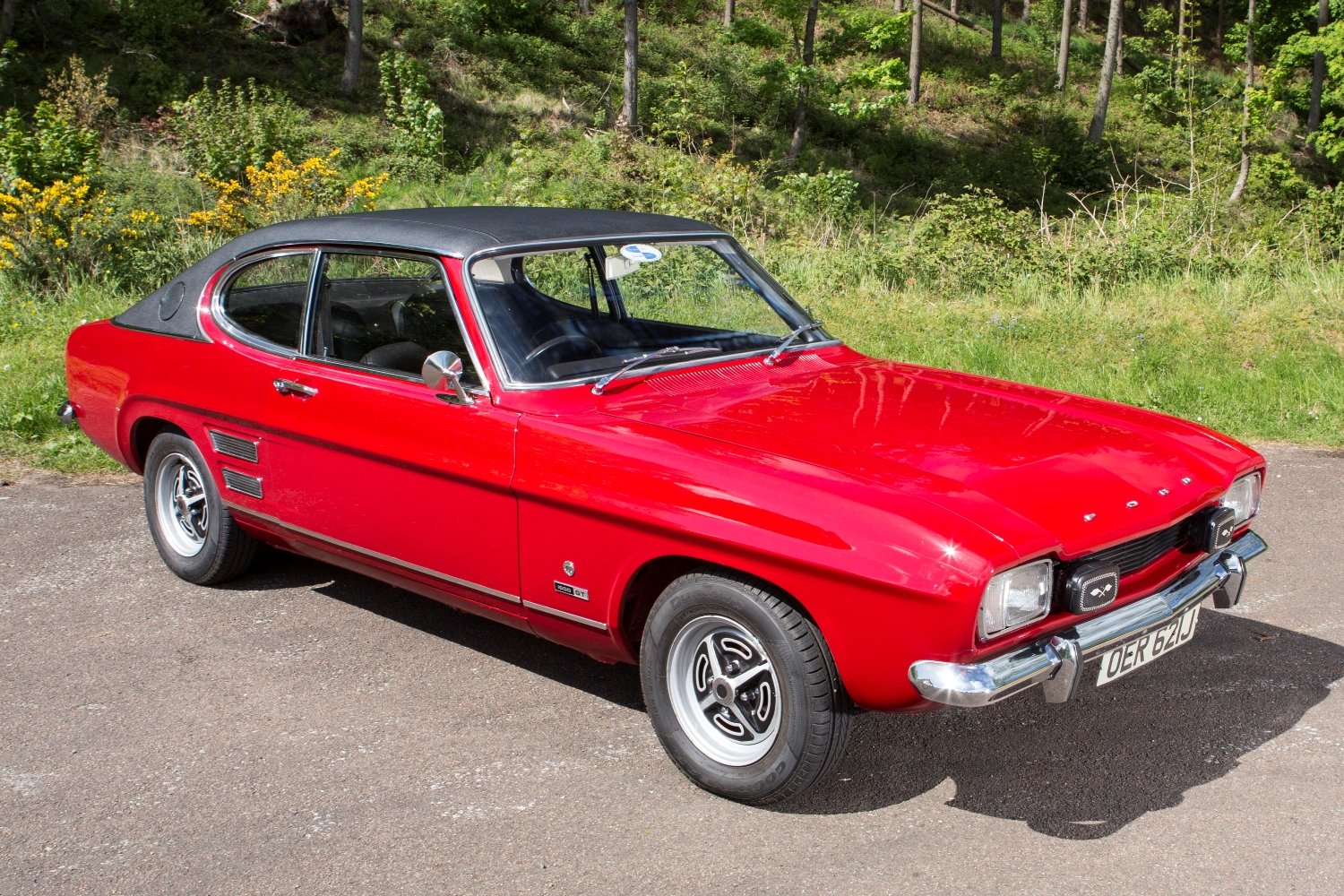 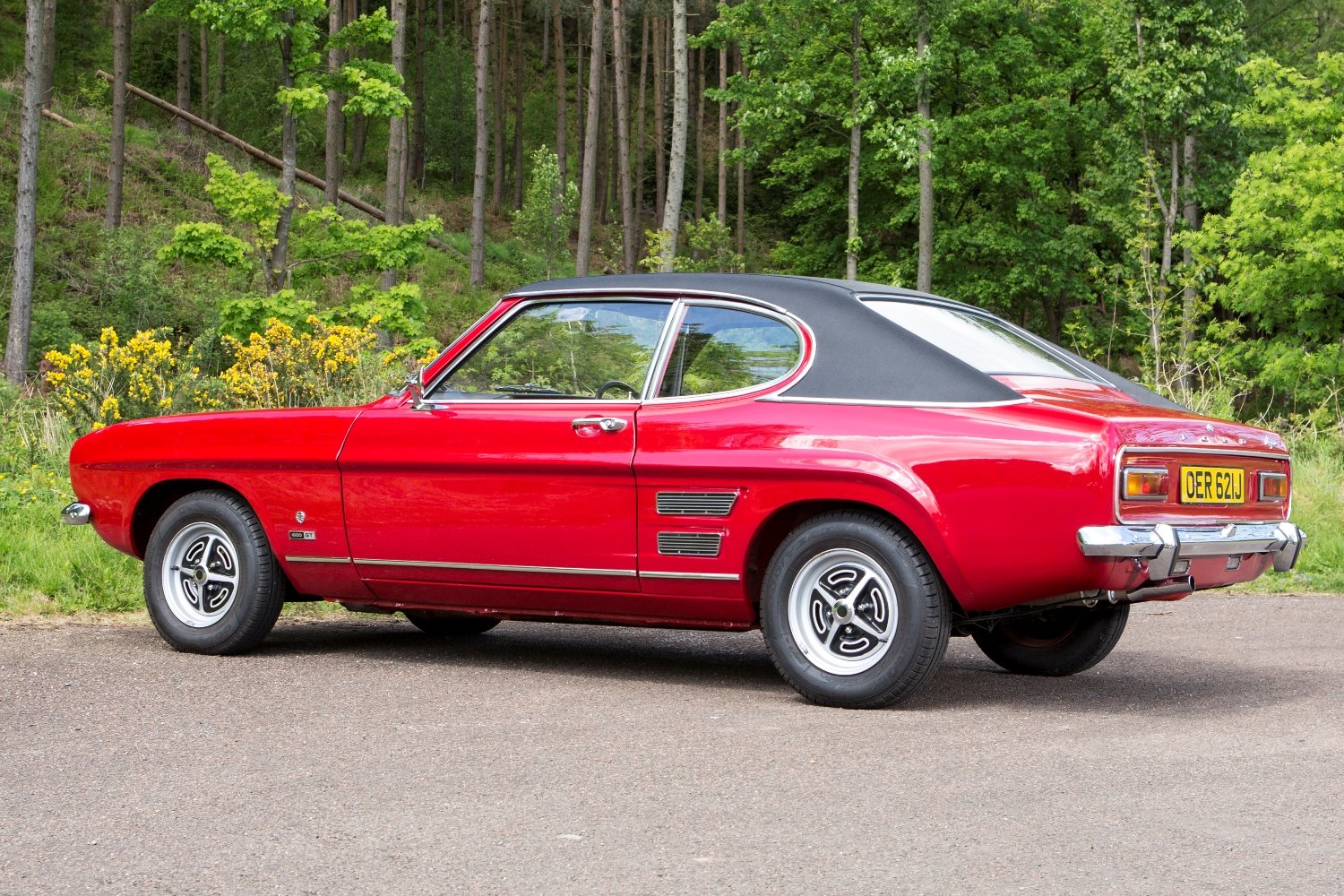 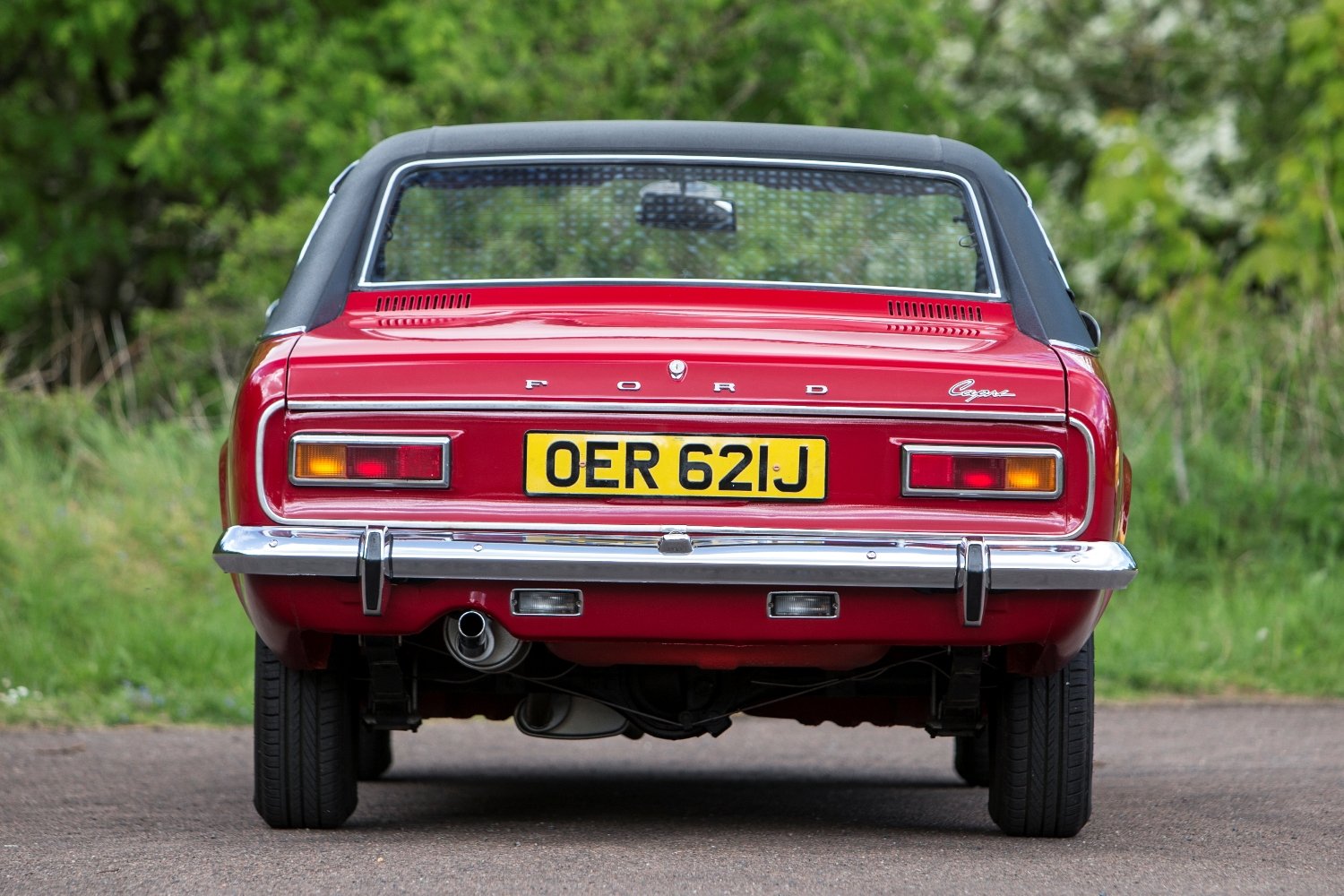 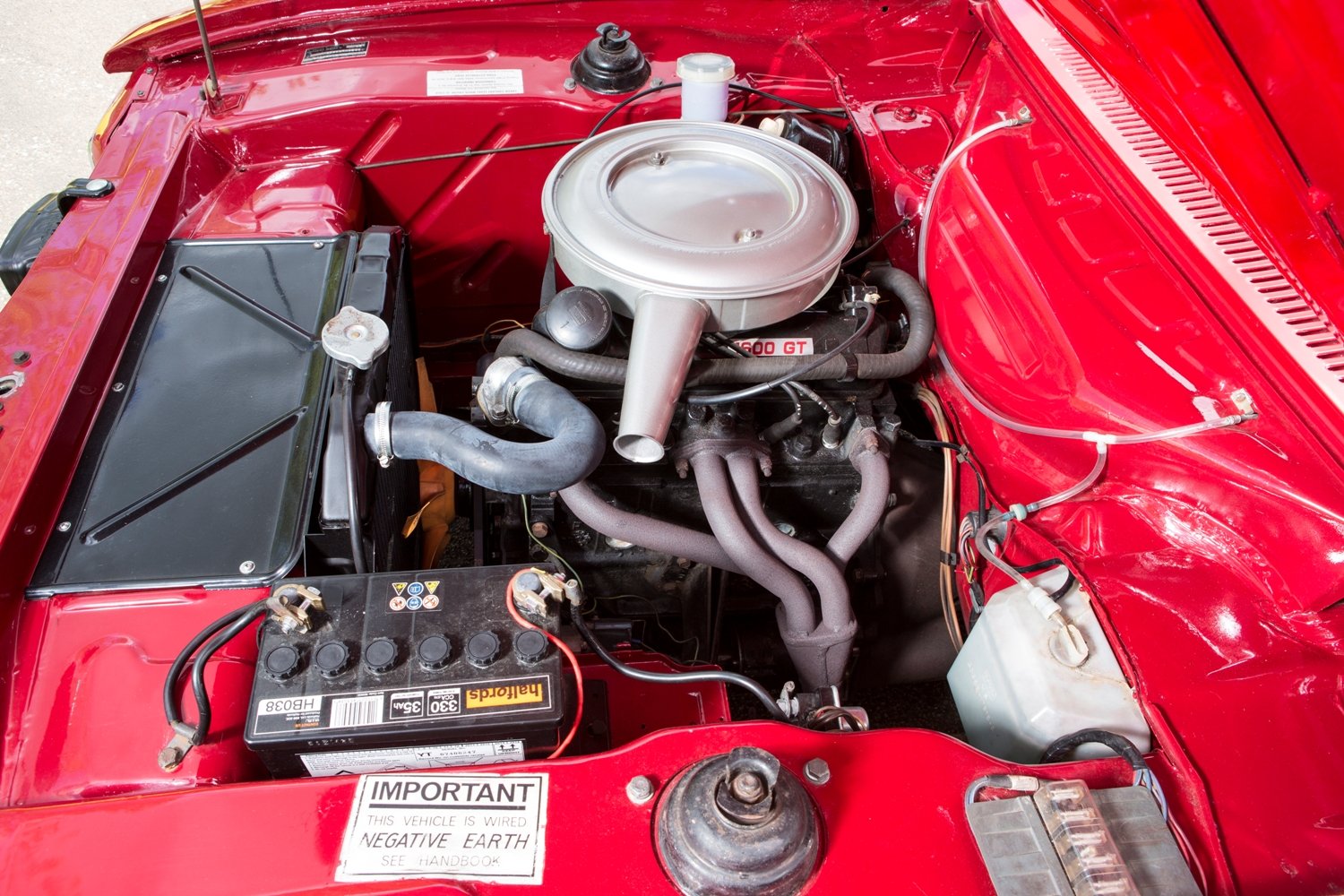 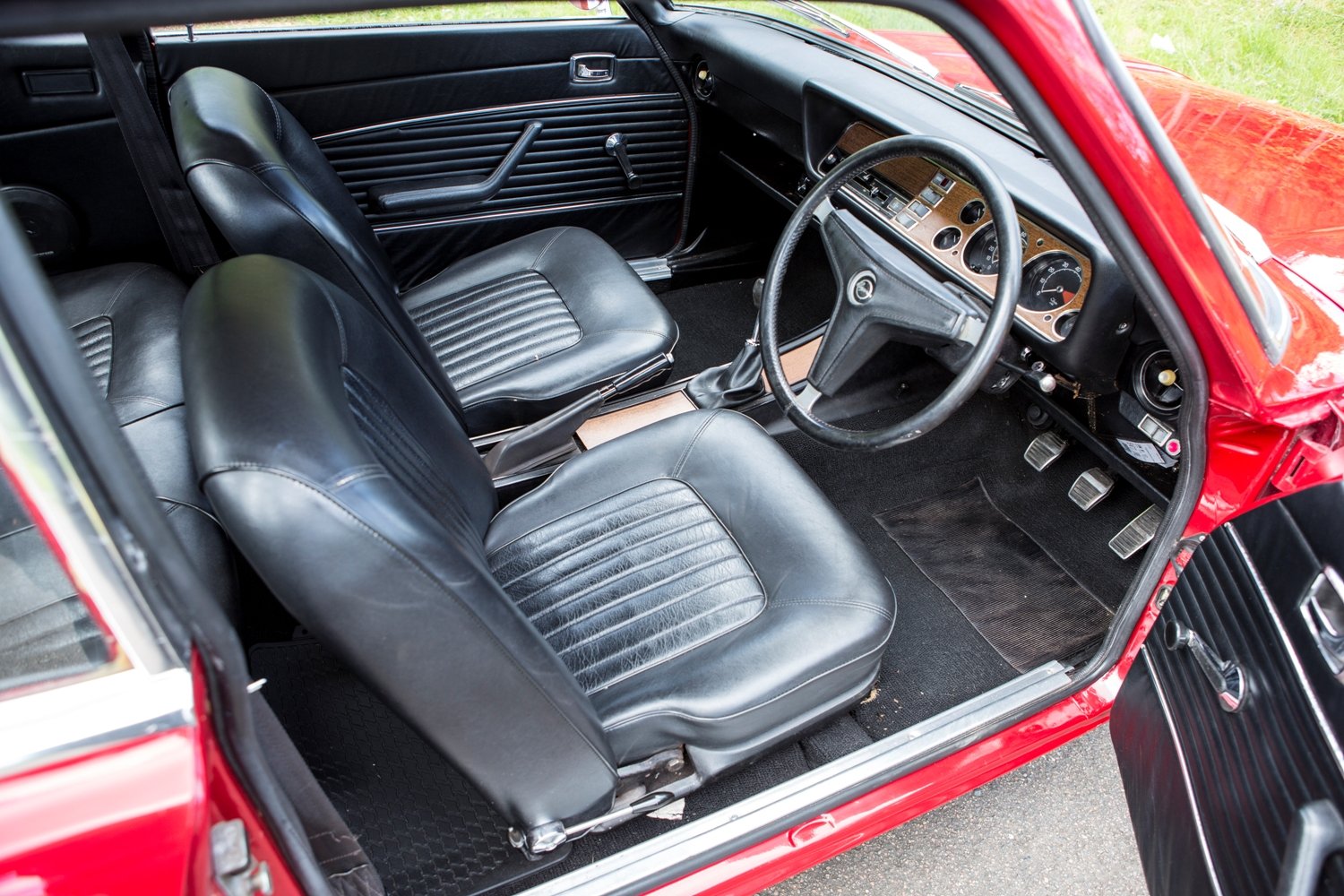