Looking at this car, you may think that it has led an easy life since it rolled off the Halewood production line in the autumn of 1970 – some 45 years ago.  How else would it have survived and been in this sort of condition?

It may come as a surprise to find out that the car has covered in excess of 275,000 miles and has, for a substantial part of its life been a ‘daily driver’.

John Perriment of Chelmsford in Essex purchased the car from a North London Ford dealership on 12th October 1970.

In February 1990 it finally left Chelmsford – but remained in Essex – being sold to James Curtis of Leigh-on-Sea.

Somewhere around this time it suffered an accident which, economically, should have written it off – being driven into a ditch and suffering severe front and nearside damage (it was in a sorry state). At that time its colour was Tawny and it sported an after-market vinyl roof.  By October 1990 it had its seventh owner, Neil Bunt (Essex).  Although a Capri enthusiast, Mr Bunt continued to use the car regularly.  He sold it on to James Messer (Essex) in June 2001 and yet again the car had an enthusiast owner who used it as a daily driver.  Mr Messer took it off the road in 2006 and it sat awaiting a new owner until August 2008 when it finally found its way out of Essex to Bedfordshire with Club secretary, Kevin Folds.  He had the bodywork completely restored and repainted in the period shade of Pacific Blue.  The car suffered from a series of mechanical gremlins though and Mr Folds sold the car on to the present owner, Jeff, in March 2015.  Subsequently those gremlins have been cured and hopefully the car will continue for many more years. 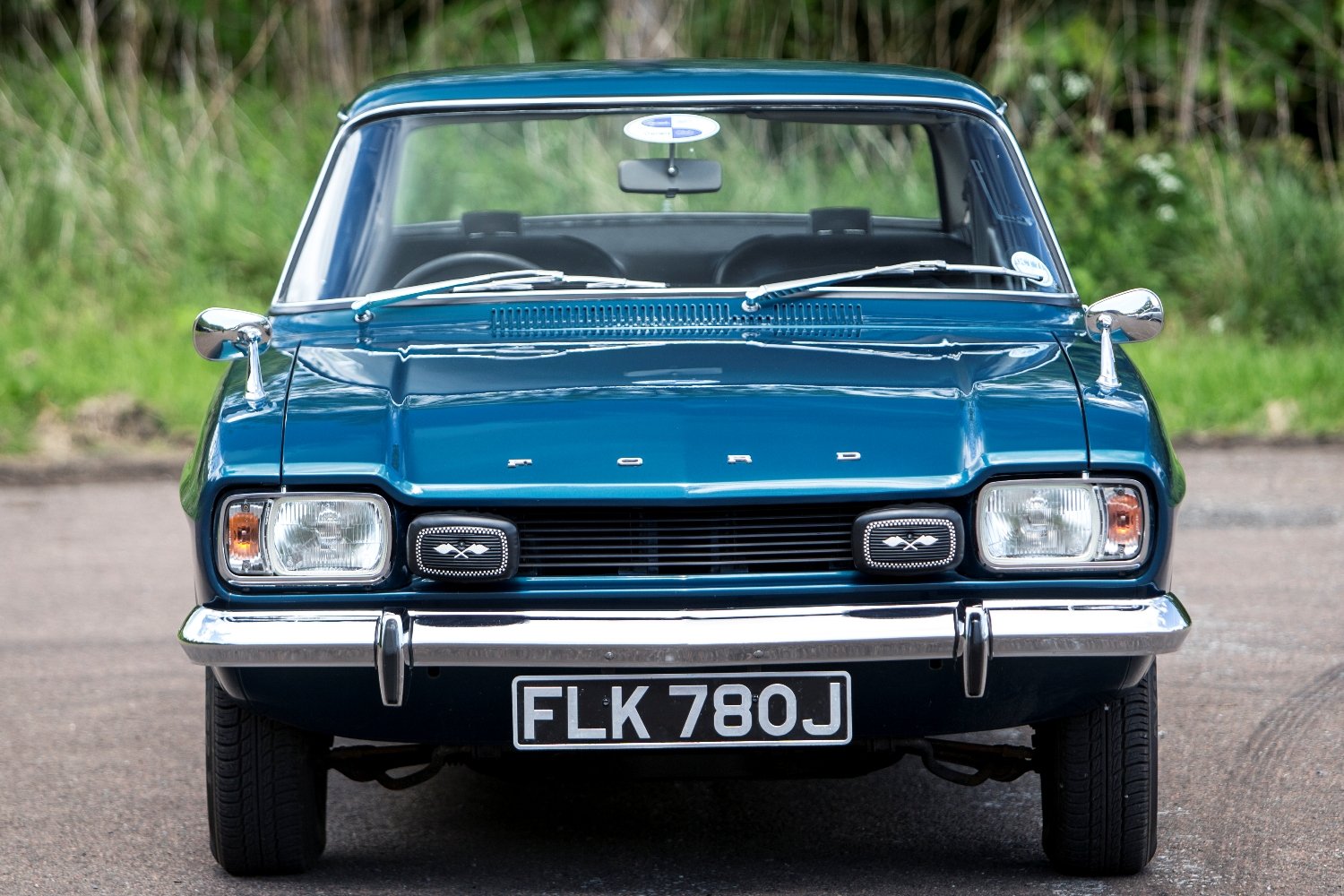 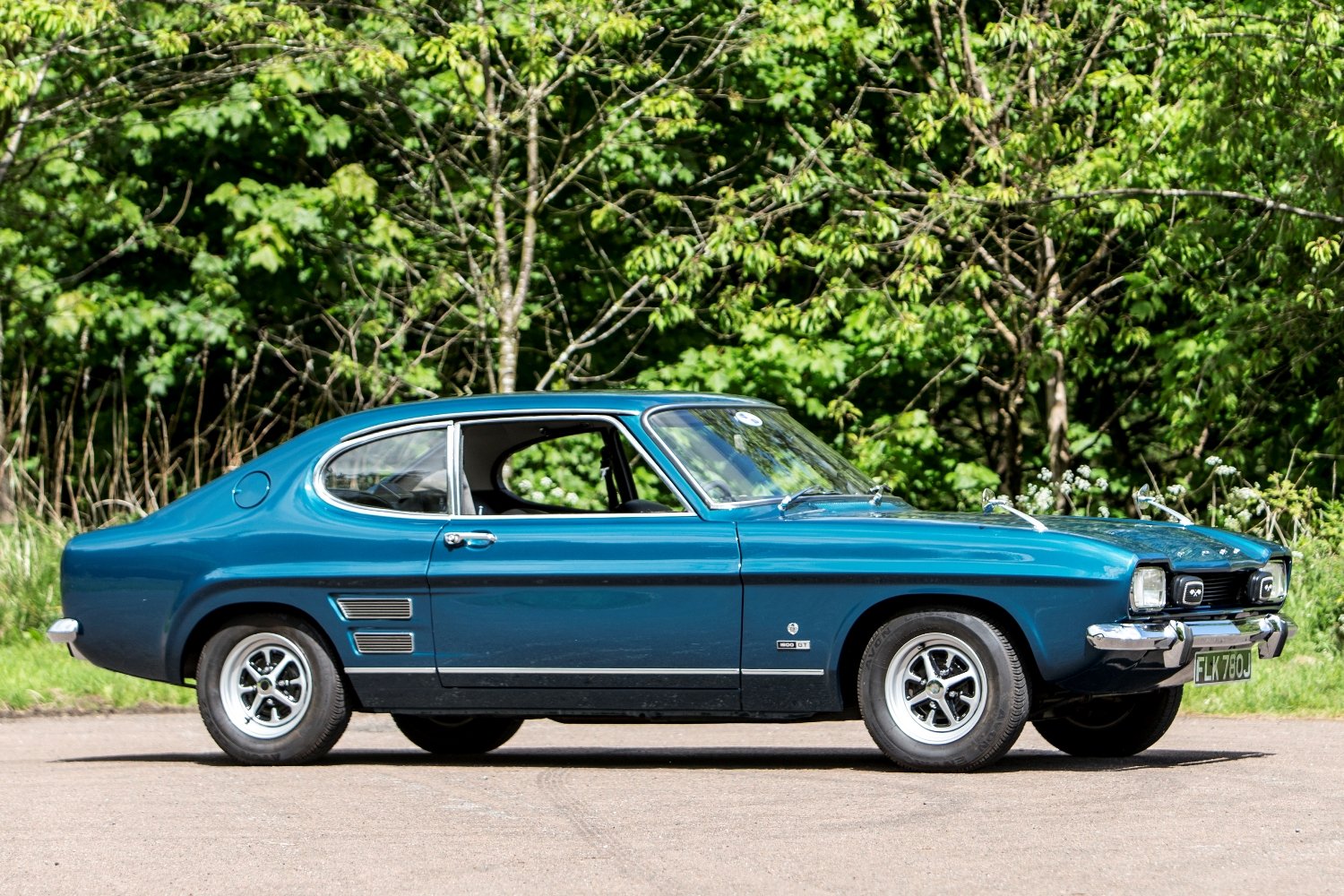 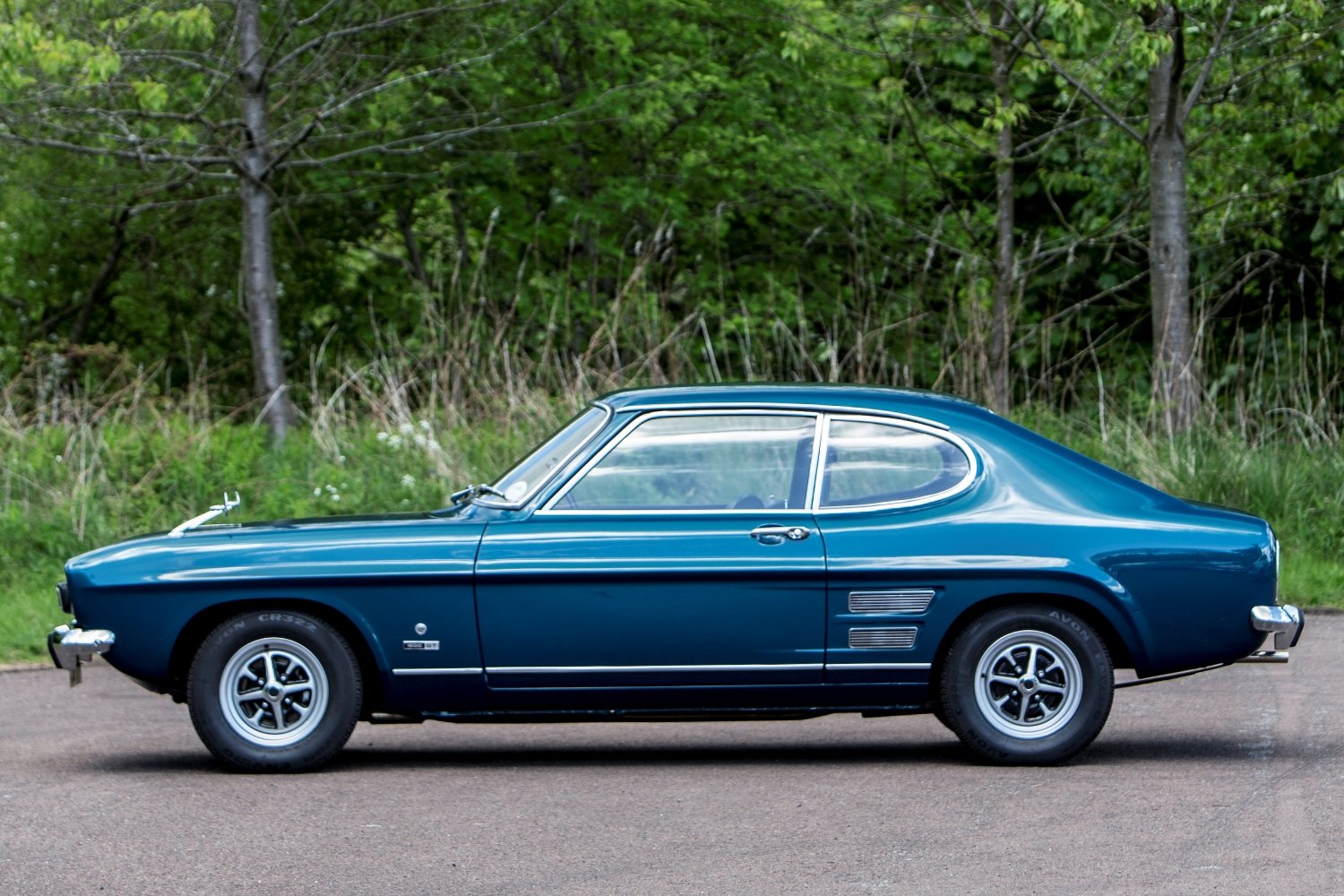 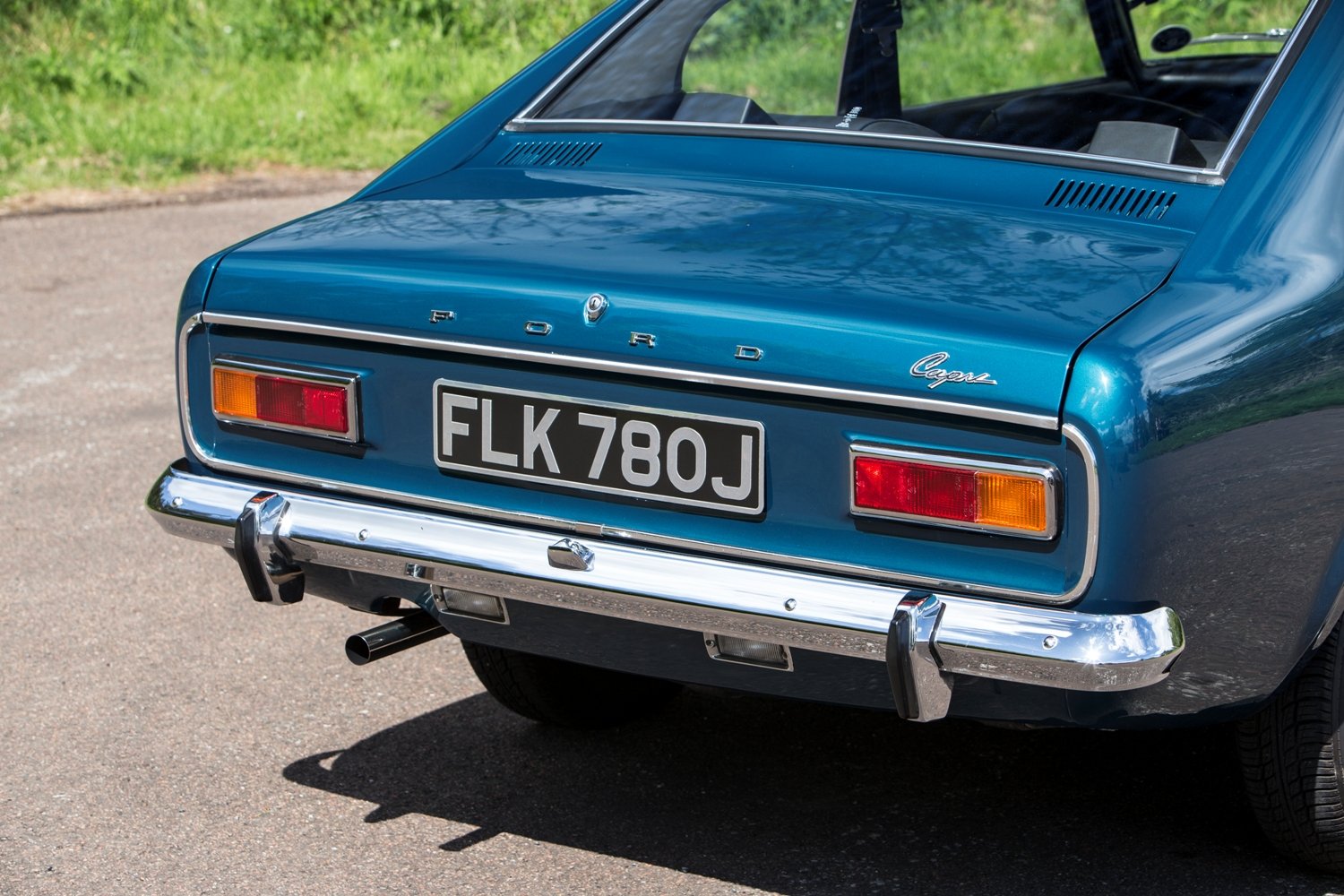 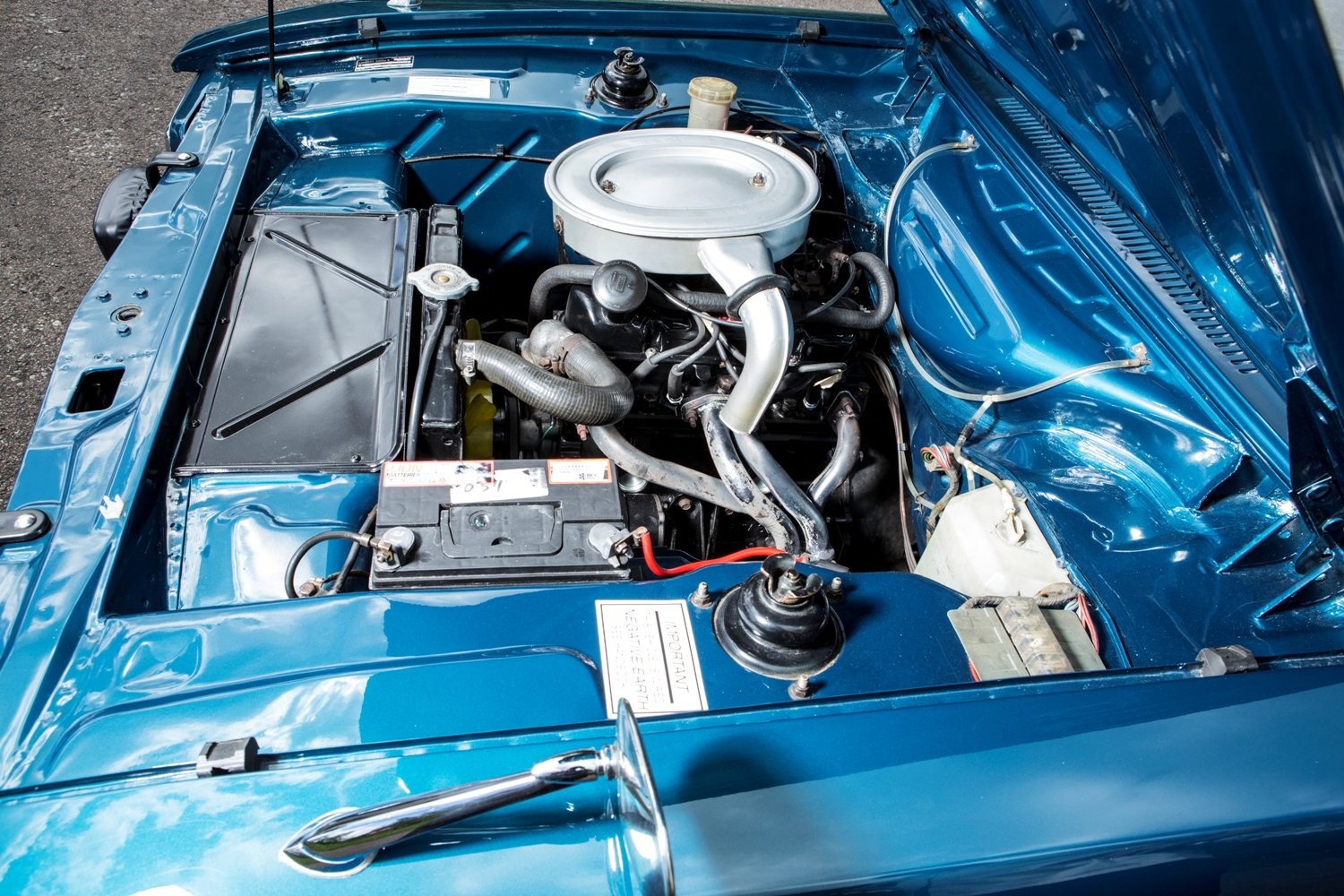